As part of our ongoing commitment to you, we have implemented enhanced standards of care and cleanliness. Learn More

March 29, 2022 – Tom Luersen, president of CoralTree Hospitality, today announced that Ralph Grippo has been named president of Terranea Resort, the company’s premier oceanfront property in Southern California. Grippo brings more than 30 years of experience in the luxury hospitality industry and deep knowledge of the Southern California market to the Terranea team. He is replacing Terri A. Haack, who has been leading Terranea since the property opened in 2009. Haack is shifting roles to focus more on corporate projects with parent company Lowe.

“This is an exciting time at Terranea as we bring on a new leader to take the property into its next chapter,” added Luersen. “Ralph’s background in managing luxury hotels along with his extensive knowledge of the Southern California market make him the perfect fit for Terranea. He’s a charismatic leader with an unwavering commitment to success.  Terranea has set a high bar in the hospitality industry and Ralph has the expertise, skillset and drive to meet and exceed that standard in order to further position the property as one of the premiere resorts in the country.”

With more than 30 years of experience in the hospitality industry, Grippo is best known in the sector for creating exceptional guest experiences at some of the most exclusive hotels around the globe. Most recently, Grippo tapped that knowledge as principal of the Southern California based Bellwether Financial Group where he oversaw operations, design and development for Dana Point Harbor Partners. However, he spent the majority of his hospitality career developing superior hotel products for both the Irvine Company and The Ritz-Carlton Hotel Company.

Grippo spent 11 years with the Newport Beach based Irvine Company where he was the president of resort operations. He was responsible for the opening of the Resort at Pelican Hill where he developed ultra-luxury service delivery concepts, assembled a team of more than 1,000 hospitality professionals and consistently delivered both profit and service excellence. While at the Irvine Company, he also oversaw the transition and repositioning of two luxury branded properties to independent hotels. He helped the Irvine Company grow its owned and operated independent collection from $90 million to $300 million in revenue while leading the market in key performance indicators.

Prior to his tenure at the Irvine Company, Grippo spent nearly two decades with The Ritz-Carlton Hotel Company where he held various roles ranging from area vice president for China to area vice president for Southern California and Hawaii. He also was general manager for several Ritz-Carlton hotels including Huntington Hotel and Spa and Portman Shanghai. During his career with Ritz-Carlton he oversaw or supported the opening of eight hotels including Marina del Rey, Pasadena, Osaka, Beijing, Financial Street and Tokyo, while managing a pipeline of hotels in Shenzhen, Guangzhou and Pudong.

“One of Ralph’s strengths is thinking like an owner/operator, which is in alignment with CoralTree’s key business principles,” added Luersen. “This is an invaluable characteristic that is important when operating such a large, complex property like Terranea.”

Grippo’s first foray into hospitality was during his tenure at the University of Massachusetts, Amherst. He worked at a hotel throughout college and remembers the owner telling him that he was good with customers and quick on his feet. “He suggested I go into hotel management,” said Grippo. “It’s been an exciting, storied career but it really hasn’t felt like work. I believe that if you love what you do, you never have to work a day in your life. I’m excited to bring this philosophy and my expertise to the team at Terranea.”

Launched in December 2018, CoralTree Hospitality is a wholly-owned subsidiary of Los Angeles based Lowe, a real estate investment, management and development firm. Colorado-based CoralTree delivers distinctive, memorable experiences that celebrate the surroundings, culture and community of each property. CoralTree was named among the top 20 hotel management companies in the U.S. after only one year of operation by Hotel Business magazine. The company provides marketing licensing, hospitality, and asset management services to hotels and resorts in the United States. The collection includes independent, branded and soft-branded properties such as Terranea Resort on the Southern California coast, Hotel Lincoln in Chicago, The Woodlands Resort in Houston, Suncadia in Cle Elum, the Eddy Taproom & Hotel in Golden, Colorado, four Magnolia Hotels located in Denver, Houston, St. Louis and Omaha as well as the new Lake Nona Wave Hotel in Orlando, Florida, which opened in late 2021. For more information on CoralTree, visit www.CoralTreeHospitality.com. 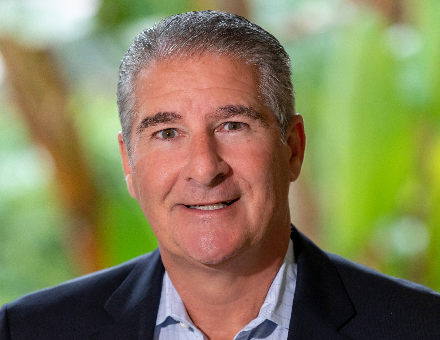