Culinary enthusiasts can raise a glass to California coastal cuisine, with gourmet flair. Led by Executive Chef Bernard Ibarra, Terranea Resort’s chefs celebrate the natural surroundings of the coastal resort with its Farm-to-Terranea program. Chef’s harvest Meyer lemons from on-site lemon trees, herbs and vegetables grown on-site and at nearby Catalina View Garden, and continue to expand by sourcing local and sustainable ingredients to create Terranea’s celebrated cuisine. In addition, the resort has more than 120,000 honeybees, presses olive oil from local olives, gathers and produces sea salt with water from the Pacific Ocean in salt beds at Terranea’s Sea Salt Conservatory, and tends to the resort’s newly added chickens collecting their fresh eggs to be integrated into menu offerings. From land to sea, Terranea’s cuisine embraces the beauty and tastes of the peninsula. Guests can taste Terranea’s fresh vegetables, fruits, herbs, honey, eggs and sea salt throughout the resort’s restaurants and at special events.

From the beginning of the resort’s culinary program, the garden at mar’sel has provided vegetables and seasonal herbs. As the Farm-to-Terranea program expanded, the garden did as well. Thousands of pounds of produce are grown on our plot of land at Catalina View Gardens and used in the restaurants throughout the resort as well as signature events. From fresh juice at solviva, to seasonal pumpkin bisque at mar’sel, the Farm-to-Terranea experience is made possible by the culinary team's hard work maintaining and harvesting of the fertile soil.

Terranea has four beehives located less than one mile from the resort, at the Catalina View Garden. These hives are home to over 120,000 bees and four queen bees. Situated among Meyer lemon trees at the farm, the bees make their way back and forth to Terranea, pollinating many of the flowers and plants throughout the resort. The honey produced by our buzzing 'employbees' are used in candies, rubs, pastries, and salad dressings as well as paired with house-made cheeses at the Terranea dining outlets.

With an abundance of some of the purest ocean water available along the Pacific coast, Executive Chef Bernard Ibarra harvests ocean water collected right off the shores of Terranea’s beach cove. The Sea Salt Conservatory serves as a natural evaporation greenhouse resulting in high quality sea salt, ultimately enabling the resort to become sea salt-sustainable. Terranea sea salt is not only used in the foods that are prepared, but it is available for purchase so guests can experience a taste of Terranea at home. Pure sea salt and flavored variations are available at sea beans.

The culinary program continues to expand with an annual olive harvest at local orchard Villa Oneiro, meaning “house of dreams,” located on the Palos Verdes Peninsula. Villa Oneiro has more than 70 olive trees of different Mediterranean varieties that give the Terranea chefs the opportunity to press and produce its own authentic olive oil. Each autumn, guests are invites for the annual harvesting ceremony, a tradition that serves to educate about the cultivation process, while guests and the local community experience crafted food and wine pairings.

In 2017, Terranea Resort took a new approach to the “farm-to-table” concept by initiating a chicken program at Catalina View Garden. The chicken coop is called, “The Inn at Terranea” and is home to six chickens in residence. The Terranea culinary team uses fresh eggs from the chickens for featured dishes at mar’sel and interactive private breakfast experiences for its guests.

Terranea’s evolving sustainability culture added a kelp program to its ever-growing list of initiatives. In early 2018, Executive Chef Bernard Ibarra received his kelp harvester license, allowing the resort to harvest and process Giant Kelp and other edible seaweeds. Chef Ibarra hand-harvests the beautiful, healthful sea vegetables, right on top of the kelp forest or by the Peninsula’s shoreline. Once harvested, kelp is air-dried in the Sea Salt Conservatory providing a very natural and picturesque setting as well as a refreshing ocean air environment. Kelp is a nutritious vegan ingredient that is added to salad, sea salt, rubs and seasoning mix, sauces and other preparations. 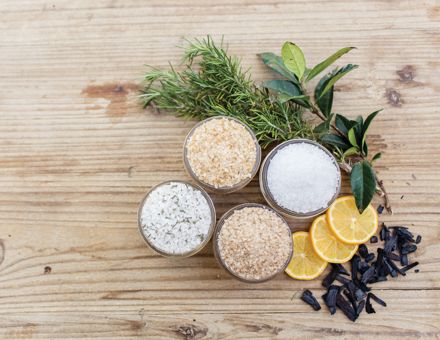 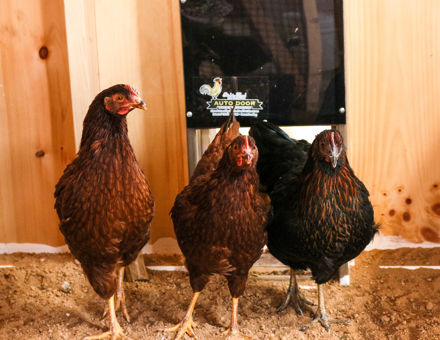